Popular
The best job in the world: Dietitian for...
Stimulus Check Live Updates: Latest on reductions in...
Does skipping breakfast increase the risk of an...
Fed Poly Bauchi sacks 2 lecturers for alleged...
How private basketball prep schools in Colorado are...
Beet Hummus
Low Covid-19 Vaccine Uptake Worries Kisumu, Homa Bay...
13 Fanboy (Movie Review)
What to Read When You Want to Learn...
An open letter to Sally Rooney
Home Running WRC – Neuville on top in Spain after super Saturday
Running

WRC – Neuville on top in Spain after super Saturday 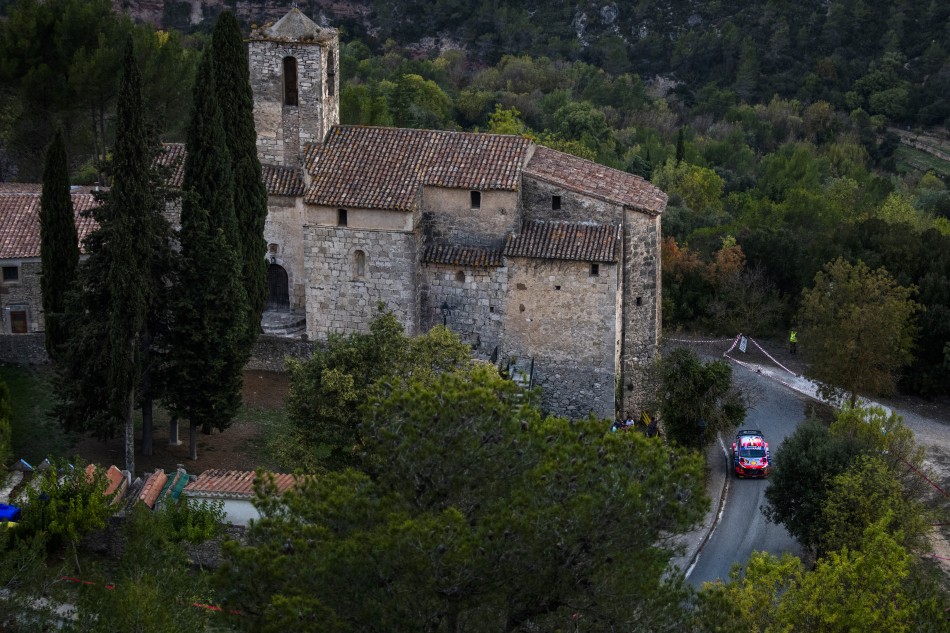 He was virtually untouchable on the flowing asphalt speed tests in the Costa Daurada hills to extend a slender 0.7sec overnight lead into a 16.4sec advantage over Elfyn Evans with one day remaining of this penultimate round.

After winning the final three special stages of Friday’s opening leg, the Hyundai i20 pilot added five more consecutive fastest times to his tally before a rejuvenated Sébastien Ogier broke the Belgian’s winning run. Neuville rounded off the day with another stage win.

Evans, who led on Friday before Neuville hit top gear, could do nothing but retained control of second with a 22.3sec advantage over Toyota Yaris team-mate and championship leader Ogier. That would be sufficient to take their fight for the drivers’ title to the final round in Italy.

As Evans floundered, Ogier prospered. The Frenchman struggled for pace this morning as Dani Sordo came within two-tenths of snatching third, but a raft of changes at mid-leg service transformed his performance.

He rebuilt his advantage over Sordo’s i20 only to see it reduced to 1.2sec after stalling his engine in the final stage.

Kalle Rovanperä was 32.4sec behind Sordo in fifth. The young Finn was lucky to escape a huge ‘moment’ this morning when his Yaris speared into a field at high speed.

Rovanperä had room to breathe after Adrien Fourmaux lost more than 10 minutes when he clipped a barrier and punctured a tyre on his Ford Fiesta. After replacing the wheel, he battled on with a broken driveshaft, a damaged steering arm and suspension issues.

Team-mate Gus Greensmith conceded more than a minute with a morning puncture and an engine sensor problem this afternoon. The M-Sport Ford duo’s dramas allowed Oliver Solberg up to sixth, but a final stage clutch problem delayed the Swede and the pair swapped positions, separated by seven-tenths.

In eleventh overall, Emil Lindholm edged closer to Spanish success after tightening his hold on the WRC3 lead on Saturday. He arrived back at the evening service in Salou having more than doubled his advantage to 31.4sec over Kajetan Kajetanowicz.

In the Junior WRC class, Sami Pajari moved into the lead after the title battle was turned on its head, when his main championship rival went off twice and was finally not able to continue. If Pajari stays on the road and maintains his pace on Sunday, then the championship will be his by a comfortable margin.

The provisional results can be consulted here.

The Science of Orange-Colored Fruits and Vegetables