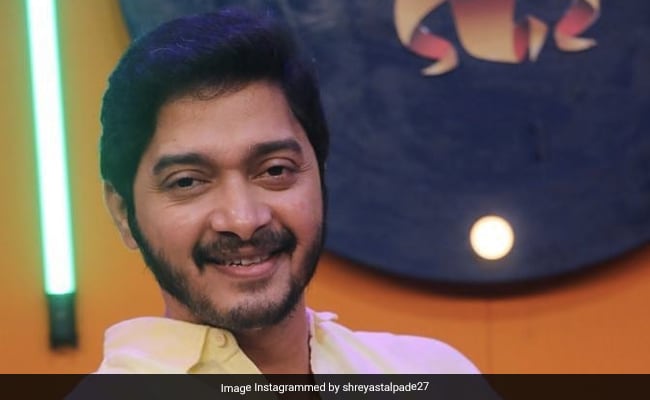 Actor Shreyas Talpade, in a recent interview with Times Of India, opened up about being “backstabbed” by those who he thought were his “friends” in the film industry. The 45-year-old actor said that after a few of his films turned out to be box office debacles, he realised that some of his colleagues were weary of sharing screen space with him. “I found out that there are certain actors who are insecure about sharing screen space with me and don’t want me in a film. I have done certain films for friends only keeping their interests in mind but then I have been backstabbed by the same friends,” TOI quoted Shreyas Talpade as saying.

Shreyas Talpade also revealed that he has had “friends” in Bollywood, who do not even approach him for new projects: “Then there are friends who go ahead and make films without including me, which makes one question if they are even friends at all.”

Shreyas Talpade, who has been part of the Hindi entertainment industry for almost 15 years, said that he has learnt to distinguish between “friends” and “acquaintances” in Bollywood: “Actually, in the industry, 90 per cent of the people are just acquaintances, there are only 10 per cent who actually feel happy when you do well.” He added: “The egos are so fragile here.”

Shreyas Talpade made his Bollywood debut in a full fledged role with Nagesh Kukunoor’s 2005 film Iqbal, in which he played the role of a speech and hearing impaired aspiring cricketer. Shreyas Talpade is best known for starring in films such as Dor, Om Shanti Om, Welcome To Sajjanpur, Housefull 2 and Rohit Shetty’s Golmaal series of films. Shreyas Talpade was last seen in 2019 film Setters.

As Adline Castelino makes India proud at Miss Universe pageant, did you know she shot a music video with Arjun Kanungo? – Hindustan Times