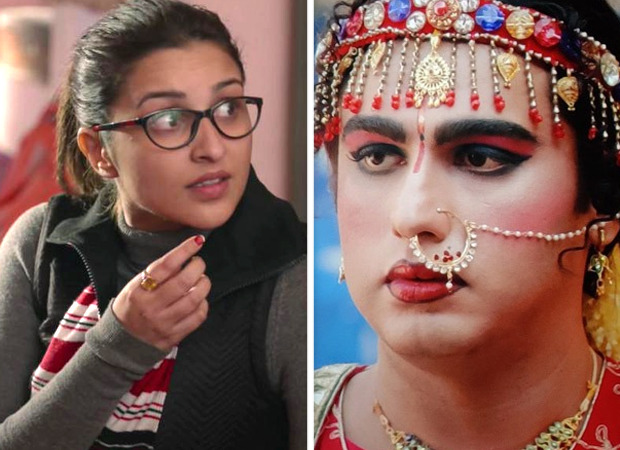 Reacting to the same, Parineeti Chopra recently spoke to Bollywood Hungama and revealed what was her first reaction after seeing Arjun Kapoor do the act. While answering a fan’s question about the climax scene, Parineeti said, “I was so proud of him. Everybody knows my love for Arjun and my loyalty as a friend. He’s the only guy who has done it like this, in a story narrative so convincingly. He is 6 foot tall, broad-shouldered man to dress in drag. It says so much about him as an actor, so I was very proud.”

Sandeep Aur Pinky Faraar follows the story of two completely different individuals whose lives suddenly intertwine. Pinkesh Dahiya or “Pinky” (essayed by Arjun Kapoor), is a Haryanvi Police Officer, while Sandeep Kaur (essayed by Parineeti Chopra) is an ambitious girl from the corporate world. Ironically this pair of chalk and cheese are united by their mistrust, suspicion and hatred for one another. This suspense-drama promises to keep the viewers glued to their seats as it explores the polarities of the two worlds and is packed with great performances by the iconic Ishaqzaade duo who are back together to reignite the silver screen.

ALSO READ: EXCLUSIVE: “I was sick and tired of hearing people say that I’m not doing my best”- Parineeti Chopra

Rohitashv Gour: I am a workaholic and it feels good to be back on set – Times of India