Israeli scientists extend mices lives by 23%, say method may work on humans – The Times of Israel

Israeli scientists have boosted the life expectancy of mice by 23 percent, in an advance they hope could eventually be replicated in humans.

They increased the supply of a protein, SIRT6, which normally wanes with aging, in 250 mice. In peer-reviewed research just published in the journal Nature Communications, they have revealed the increased life expectancy — and also stated that the protein-rich mice were more youthful and less susceptible to cancer.

“The change in life expectancy is significant, when you consider that an equivalent jump in human life expectancy would have us living on average until almost 120,” said Prof. Haim Cohen of Bar-Ilan University.

“The changes we saw in mice may be translatable to humans, and if so that would be exciting,” he said. 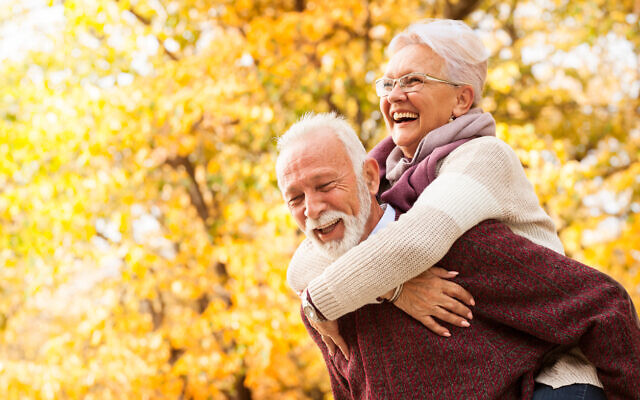 Illustrative: An elderly couple (CherriesJD via iStock by Getty Images)

Cohen’s lab is working on identifying drugs that may allow the SIRT6 protein to safely be boosted in humans.

It is well known that SIRT6 levels decline with age, and there is much interest in the possibility that stimulating production of the protein could be beneficial. In 2012 Cohen became the first researcher to to actually increase levels in animals and increase life expectancy, and in doing so cause male mice to live 15% longer. But that experiment had no impact on female mice.

In the latest research — a collaboration between international scientists including Prof. Rafael de Cabo from the US National Institutes of Health — the jump in life expectancy was seen among both male and female mice. It is bigger among the male mice, who are now living 30% longer than males from the control group. The female mice are living 15% longer than their control group counterparts.

In assessing youthfulness, researchers saw that a symptom of aging in mice is losing the ability to generate energy after a short fast, because of the struggle to derive energy from fats and lactic acid. But the older mice with high SIRT6 could easily generate energy from these sources. They had less cholesterol, there was less incidence of cancer, and they were able to run faster. 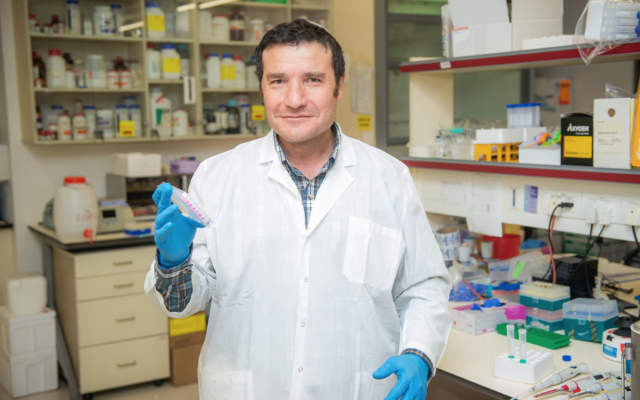 “This discovery shows that SIRT6 controls the rate of healthy aging, and this shows that boosting its activity could potentially slow aging,” said Cohen. But he noted that the tools don’t currently exist to translate the advance to humans.

He could easily boost SIRT6 levels in mice by genetically modifying them, while to increase the activity of the protein in humans would require drugs. His lab is working on this challenge, and he believes it may prove successful in two to three years.

“We are developing small molecules that may increase the levels SIRT6, or make existing amounts of the protein more active,” he said. “They may be used in the future to address aging.”

I’m proud to work at The Times of Israel

I’ll tell you the truth: Life here in Israel isn’t always easy. But it’s full of beauty and meaning.

I’m proud to work at The Times of Israel alongside colleagues who pour their hearts into their work day in, day out, to capture the complexity of this extraordinary place.

I believe our reporting sets an important tone of honesty and decency that’s essential to understand what’s really happening in Israel. It takes a lot of time, commitment and hard work from our team to get this right.

Your support, through membership in The Times of Israel Community, enables us to continue our work. Would you join our Community today?

Join the Times of Israel Community

Already a member? Sign in to stop seeing this

You’re serious. We appreciate that!

We’re really pleased that you’ve read X Times of Israel articles in the past month.

That’s why we come to work every day – to provide discerning readers like you with must-read coverage of Israel and the Jewish world.

So now we have a request. Unlike other news outlets, we haven’t put up a paywall. But as the journalism we do is costly, we invite readers for whom The Times of Israel has become important to help support our work by joining The Times of Israel Community.

For as little as $6 a month you can help support our quality journalism while enjoying The Times of Israel AD-FREE, as well as accessing exclusive content available only to Times of Israel Community members.

Already a member? Sign in to stop seeing this