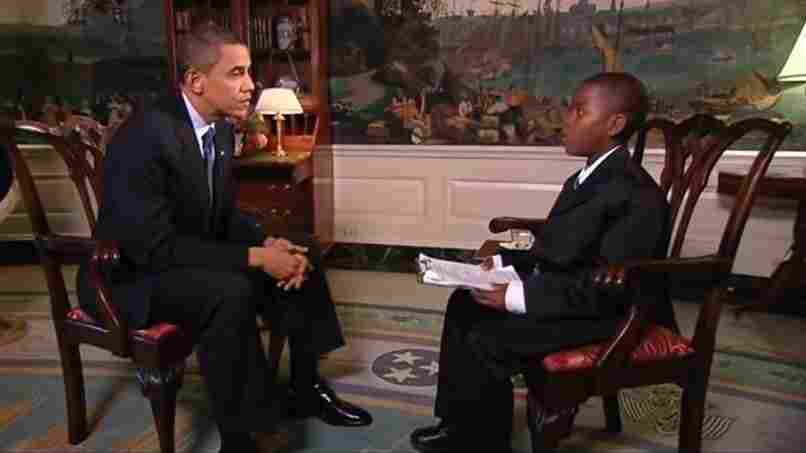 At 11 years old, Damon Weaver interviewed then-President Obama in the Diplomatic Room. Weaver focused his interview on education in the U.S., and included a suggestion that school lunches consist of French fries and mangoes every day. 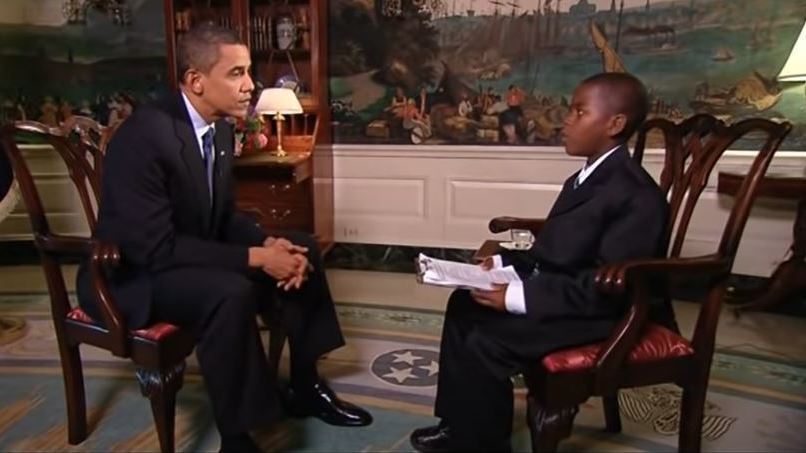 At 11 years old, Damon Weaver interviewed then-President Obama in the Diplomatic Room. Weaver focused his interview on education in the U.S., and included a suggestion that school lunches consist of French fries and mangoes every day.

As an 11-year-old, student reporter Damon Weaver landed the interview of his dreams with then-President Obama. In the 10-minute interview, the two discussed education in America, with topics ranging from funding to whether Obama had the power to change school lunches. Weaver’s suggestion included French fries and mangoes as staples for all students.

Weaver, who continued to pursue a journalism career into college, died May 1 at age 23. His sister, Candace Hardy, told The Palm Beach Post that Weaver died of natural causes.

“He was loved by everyone,” Hardy told the Post. “No matter if it was a stranger, his mom or a family member, he was just a ball of light with so much energy. He was always positive, always had a smile on a face and he was always a joy to be around. He left an impact on a lot of people.”

Weaver’s interview with Obama came after nearly a year of requests to the White House during which Weaver conducted many other high profile interviews, including ones with then-Sen. Joe Biden, NBA star Dwyane Wade and Oprah Winfrey.

In his reporting, Weaver sought to bring answers to his community. He asked Biden about the role of vice president, Wade about his childhood and what advice he had for the student population at Canal Point Elementary, and Winfrey about what it was like working in “the famous talk show business.”

During his quest to interview Obama, Weaver scored credentials to cover the 2009 inauguration as a journalist. In an interview with NPR’s Melissa Block, Weaver spoke about his interviews at The Root Ball with Winfrey, Spike Lee, Samuel L. Jackson, and his coverage plans for Inauguration Day.

His interviews were featured on KEC TV, the newscast program for Canal Point Elementary. His journalism teacher, Brian Zimmerman, told the Post in 2016 that Weaver had natural talent and was eager to participate in the program after Zimmerman made his pitch to fifth graders.

“I’ve tried to have other kids as reporters, but nobody has ever been like he was,” Zimmerman said. “He was calm, natural and had a big personality. He could think of funny questions, and he liked being around people.”

Though a reporter himself, Weaver was interviewed by other news organizations, including all the top cable networks, NPR and The Associated Press in 2009.

The then fifth-grader spoke to the AP about his life in Pahokee, Fla., and detailed what he liked about his budding career as a reporter.

“I like being a reporter because you get to learn a lot of things. you get to meet nice people and you get to travel a lot,” Weaver told the AP.

Weaver graduated from Royal Palm Beach High School and earned a scholarship to Albany State University in Georgia, according to the Post. Weaver was pursuing a degree in communications, and his sister told the paper that he had hopes of covering the National Football League as a sports journalist one day.

Hundreds of bodies found buried along riverbanks of India – WOODTV.com

Hundreds of bodies found buried along riverbanks of...

Now That China Has Landed on Mars, the...