Ousmane Dembele is ‘destined’ for the Premier League, according to reports. He’s supposedly someone Jurgen Klopp wanted at Liverpool.

This comes from AS. They claim that Ousmane Dembele appears destined for a move to the Premier League.

The Barcelona winger only has one year left on his deal and it isn’t obvious that the two parties will agree on a new one. That makes a sale the best option – for the club, anyway.

Dembele initially joined the club for around £97m with add ons. He hasn’t lived up to that kind of price-tag, however, with injuries and a misshapen Barcelona team hindering things.

Now he could be off before the end of his initial contract, with the Premier League looking like the most likely destination. And that might just alert Liverpool and Jurgen Klopp.

Ousmane Dembele to the Premier League?

Sport claimed late in 2020 that Klopp hoped to bring Dembele to Liverpool. He wanted a loan-to-buy deal that lowered the potential risk. After all, there are reasons he hasn’t worked out in Catalonia.

And if so, here’s a chance to get him. Sport said seven months ago that he could cost around £45m but with just one year on that contract, perhaps the price lowers further.

If it did, we think Liverpool should get involved. Dembele is a wonderful talent, capable of playing on both wings and is incredibly two-footed.

Liverpool could easily get him into different XIs alongside their current forwards. Dembele would just add a lot of talent to the available options.

One of the Frenchman’s biggest issues, though, is his decision-making. We believe that’s something Klopp and co. can iron out. In fact, unlocking his full potential might be as simple as putting him in the right system with the right coaching.

And if so, Dembele is that £100m player Barcelona hoped for.

We’ve written before about how he’d fit. Dembele is a player who really does feel like a Liverpool player. He’s rapid, energetic and has that raw quality that the Reds like to work with.

In fact, all of their forward options – Mohamed Salah, Sadio Mane, Roberto Firmino and Diogo Jota – arrived a little raw but ready to take that final big step into stardom. Dembele fits that bill, too, and should be available for a discount price.

Klopp likes him, he seems like a good fit, and Barcelona might have to sell. All in all, Dembele could be an ideal target this summer.

Have something to tell us about this article? 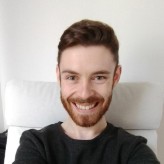