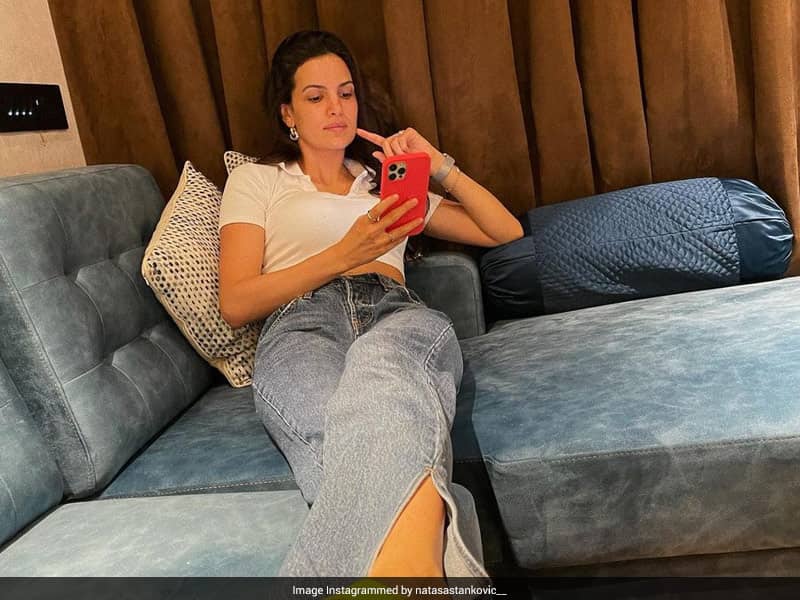 Indian cricket team‘s all-rounder Hardik Pandya on Tuesday reacted to partner Natasa Stankovic’s latest picture on her Instagram account. Natasa Stankovic shared a photograph of herself in yellow sandals and a glowing white top while lying on the sofa and looking at her phone. Natasa used the yellow heart emoji as the caption for her post. Both Natasa and Hardik have been quite regular as far as their social media presence is concerned. They recently shared a picture with son Agastya strolling on the beach holding each other’s hands.

The postponement of Indian Premier League (IPL) 2021 has allowed Hardik to spend some quality time with his family.

Beside his partner and son, Hardik has shared pictures with brother and India teammate Krunal Pandya as well.

IPL 2021 was postponed on May 4 due to a surge of positive COVID-19 cases inside the bio-bubble.

However, recently, the Board of Control For Cricket in India confirmed in a press release that the remainder of IPL 2021 will take place in the UAE in September and October this year.

Hardik wasn’t picked in India’s squad for the Test tour of England scheduled to begin from June 18 with the Word Test Championship (WTC) Final against New Zealand in Southampton.

The WTC Final will be followed by a five-Test series against England between August 4 and September 14.