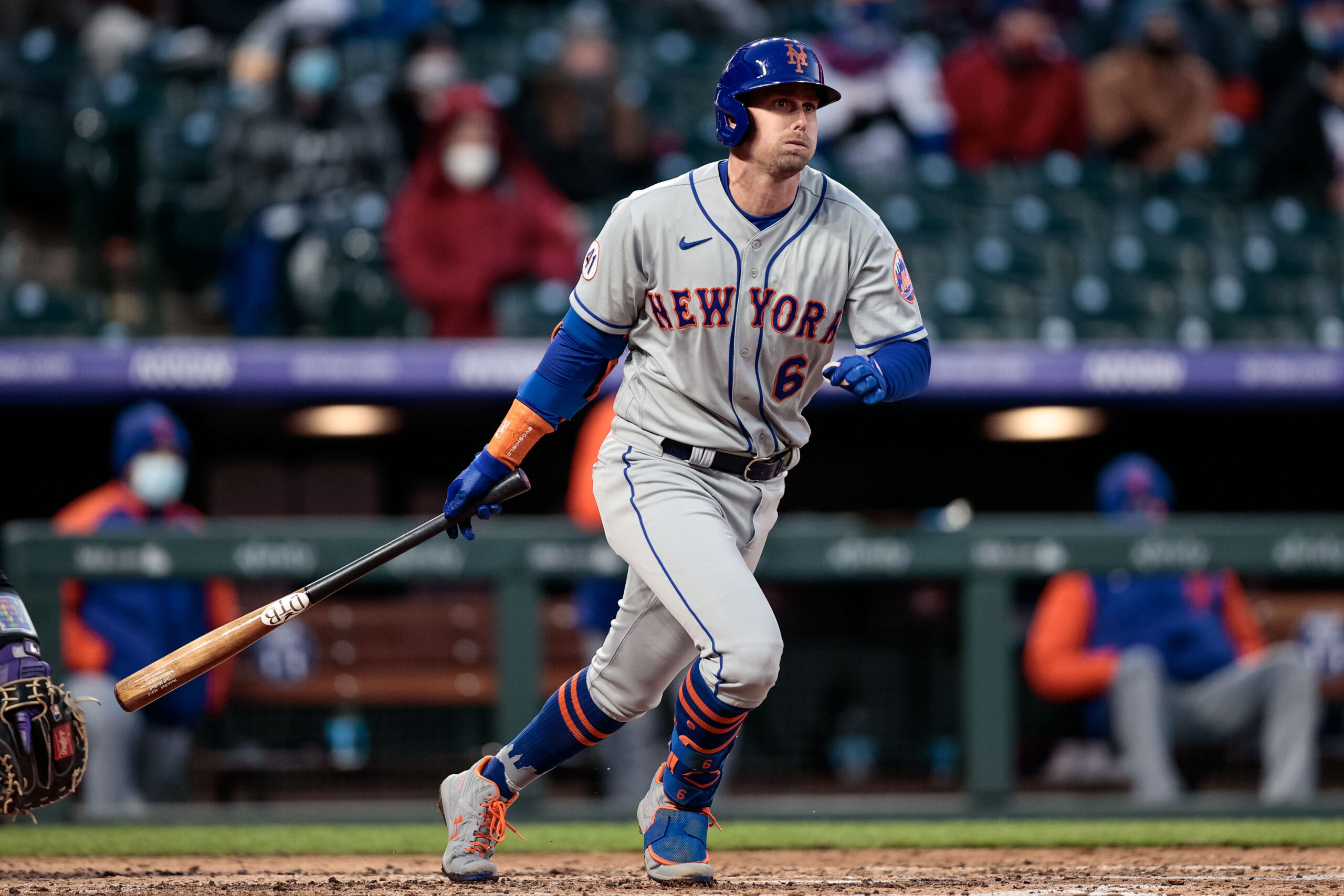 It was a weekend to forget for the New York Mets, who were swept by the Tampa Bay Rays to start their 10-game road trip.

And to make matters worse, the Mets lost two more key starters to hamstring injuries in second baseman Jeff McNeil and right fielder Michael Conforto, as both exited in the early part of Sunday’s contest.

McNeil was initially dealing with what the Mets were calling “cramps” earlier in the week, which kept him out of Wednesday’s matchup before he returned to the lineup on Friday as the DH. The club played it safe by sitting him on Saturday, and then on Sunday, McNeil aggravated his hamstring after trying to beat out a ball at first base.

“It kind of carried over,” said McNeil. “I felt great yesterday and pregame running, felt pretty good down the line as well. That last 5-10 feet it grabbed on me, nothing real bad but something we have to take a look at.

“It’s nothing too major.  I didn’t really feel a pull, just a little tightness. Didn’t feel 100 percent. It’s tough, Conforto going down today and the injuries we’ve had. We’ve happened to get the injury bug all at the same time. But I have great confidence in the guys that are playing for us.”

As for Conforto, he also hurt himself running to first after pulling up lame and immediately grabbing his right hamstring.

After the game, Mets manager Luis Rojas said McNeil (left hamstring) and Conforto (right hamstring) will go for MRIs on Monday morning, and then the team will reevaluate next steps from there.

“Hamstring issues are no joke,” said Rojas. “We want to see how they go through the day and tomorrow morning we are going to do some tests and MRIs. With hamstrings you are definitely concerned.”

The Mets have been ravaged by injuries lately, with Brandon Nimmo suffering a setback on his rehab assignment, Jacob deGrom and Albert Almora Jr. hitting the injured list, and J.D. Davis still making his way back from his second stint.

Luckily, the replacements have stepped up and performed in the absence of the regulars, but how long can they keep this up? Losing McNeil and Conforto are two big blows and come at a very bad time, as the team’s I.L. list continues to grow.

“The entire team is still focused on winning,” said Marcus Stroman, who gave up five runs in six innings, as the losing pitcher on Sunday. “It’s obviously a huge blow. We definitely look forward to getting those guys back but no one is going to feel sorry for us.”

If we told you that the Mets would be 18-16 and still be atop the standings in the NL East with the injuries they’ve had, it’d be looked at as a positive. But there is definitely some concern moving forward as they have continued to get slammed with the injury bug.

The hope is, that they can tread water until they get some of their regulars back to the club. But so far, they have not been able to avoid additional injuries, and they are going to require more heavy lifting from their replacements, until they get some reinforcements back.

In the short term, the Mets will likely need to make a roster move or two, as they head to Atlanta on Monday to face the Braves for a three-game set.

Were Definitely Gonna See Another Side of Him: Melvin Gordon Confirms Drew Lock Hears the Noise – Sports Illustrated