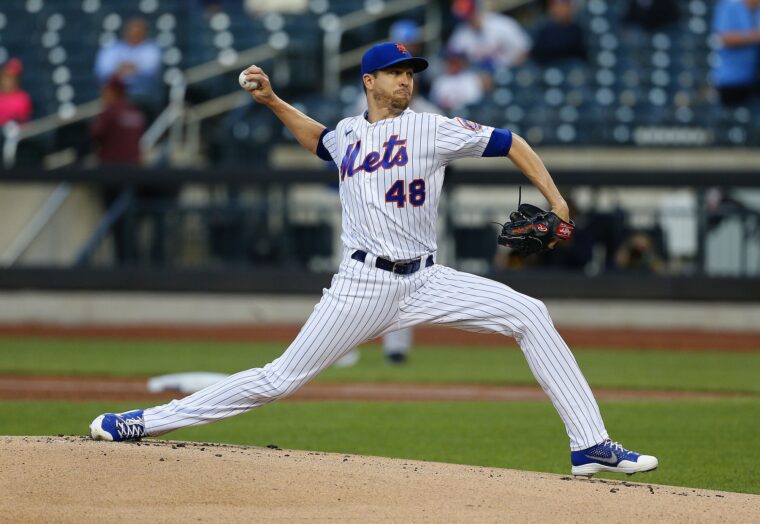 The Mets are coming off a rain-shortened weekend series with the Braves, in which they won the only game that was played in what was a scheduled three-game series. The Mets have now had 11 postponed games thus far, and have played the fewest games of any team in the major leagues. The Diamondbacks are having a very rough time in 2021. They not only find themselves mired in last place, they also had lost 13 games in a row before winning on Sunday afternoon.

The Mets are getting significant reinforcements back for this series, as they begin to chip away at the count of 17 players who were on the injured list. Jacob deGrom and Taijuan Walker returned last weekend, and according to reports, the Mets will activate Pete Alonso, Seth Lugo, and Kevin Pillar before Monday night’s game. Further good news is that J.D. Davis is set to resume playing rehab games, and both Luis Guillorme and Albert Almora, Jr. may soon begin rehab stints.

While things are certainly looking good for the Mets, this may be a dangerous series. The Diamondbacks essentially have nothing to lose, being 15 games out of first place. Also, New York has to be careful to not look past the struggling Snakes to the the upcoming weekend tilt with the Padres, which will mark their toughest competition so far this season.

Weather will (finally) not be an issue for this series, as the Diamondbacks have a retractable roof at Chase Field. Both teams will appreciate that, as temperatures in Phoenix are pushing 100 degrees this week, though as they say, it’s dry heat.

Let’s take a look at the probable pitching matchups for the series.

DeGrom returned from the injured list on May 25, and tossed five innings of one-run ball. He threw 63 pitches in that game, and while he probably had more in the tank, he was removed because it was his first game back from left side tightness. Most importantly, he reported no physical issues and is good to go for his start in the desert. The DeLand, Florida native continues to put up numbers that do not seem real, and his dominance on the mound has been consistent since the 2018 season when he won the first of his back-to-back Cy Young awards.

The game can be seen locally on SNY, and heard locally on WCBS radio 880 am.

Peterson has been inconsistent this season. In his last start against the Rockies, he went six innings, allowing three runs on five hits. He has had some very short outings this season (on May 7 he lasted just 1.2 innings), and has had some strong outings (on May 14 against Tampa Bay he tossed 7.1 innings of two-run ball). Peterson has been victimized by the long ball and the free pass, allowing more than three bases on balls per nine innings.

Smith has appeared in 19 games this season for Arizona, making just one prior start on April 3. The Diamondbacks are clearly going with an opener/bullpen game on Tuesday. Smith is a fastball/slider pitcher, throwing those two pitches about 80% of the time combined (fastball at 53%). He has averaged 92 mph on his fastball throughout his career. He is in his fifth season, with a career record of 17-19. He was primarily a starter in 2018 and 2019 before moving to a relief role last season.

The game can be seen locally on SNY, and heard locally on WCBS radio 880 am.

Stroman has been solid all season for the Mets. In his last start on May 27 in game one of a doubleheader against the Rockies, he threw six innings of shutout baseball in a seven-inning game. In his start before that at Miami on May 21, he went six innings, allowing two earned runs in a game the Mets won in extra innings.

New York has had their share of encounters with Bumgarner over the years, most notably the wild-card game of 2016. They are not used to seeing this seemingly vulnerable version of the former Giant, who is now just two months short of turning 32 years old. The tall left-hander has a career record of 124-101 with a 3.26 ERA and a 1.12 WHIP over eleven full seasons.

The game can be seen locally on SNY, and heard locally on WCBS radio 880 am..

Mets by the numbers, with MLB rankings:

Diamondbacks by the numbers, with MLB rankings:

The Mets are playing well, and the Diamondbacks are not. Statistically, the Mets are far superior in the pitching department, while Arizona produces better offensive numbers, though the Mets’ numbers are skewed by the numerous injuries to their lineup.

As noted above, this may be a “trap” series for the Mets, who have not done well in the desert in the recent past. The Mets need to let their pitching carry them, remain focused, and avoid setting their sights on the Padres, who are up next.

The Mets are about to enter June, which will be a tough month on the schedule, with three doubleheaders and only three off days, two of which come in the week of June 7.

Gene therapy is a game changer for our son – BBC News