The calendar turning over to June on Tuesday probably won’t be a significant moment in the standoff between Aaron Rodgers and the Green Bay Packers.

According to Matt Schneidman of The Athletic, the Packers remain committed to not trading Rodgers, the 2020 NFL MVP, despite the salary cap ramifications of trading a player after June 1.

Rodgers remains conflicted with the organization and has already skipped three phases of the offseason workout program, setting the stage for a summer staring contest between a future Hall of Fame quarterback and an organization that has the NFL MVP under contract for three more seasons but also a first-round pick at quarterback waiting in the wings.

The Packers aren’t ready to blink.

If Rodgers is traded after June 1, the Packers could create massive salary cap savings in 2021 by splitting up the dead cap hit over the next two years. Instead of taking on the entire hit of over $38 million this year, which would be an NFL record for dead cap hit on one player, the team could actually save significant amounts of money on the cap in 2021 and 2022 while lessening the immediate financial impact of the move this year. It would be a tempting scenario if Rodgers is truly dug in on never playing for the Packers again, especially if the team could get significant resources back in a trade.

Then again, if the Packers are committed to doing everything necessary to get Rodgers back, a trade doesn’t make sense and won’t happen until all other avenues are exhausted.

The next important milestone would be later in the month when a mandatory three-day minicamp is held starting June 8. Rodgers would be subjected to almost $100,000 in fines if he doesn’t attend. But again: Rodgers is already missing out on a $500,000 workout bonus after skipping a big chunk of the offseason workout program, so money probably isn’t an issue at this point.

The start of June is an important chapter in the drama unfolding between quarterback and team, but players can’t trade themselves, and if the Packers aren’t ready to entertain the trade option, Rodgers isn’t going anywhere. Yet.

What to know from Packers defensive assistant coaches at OTAs 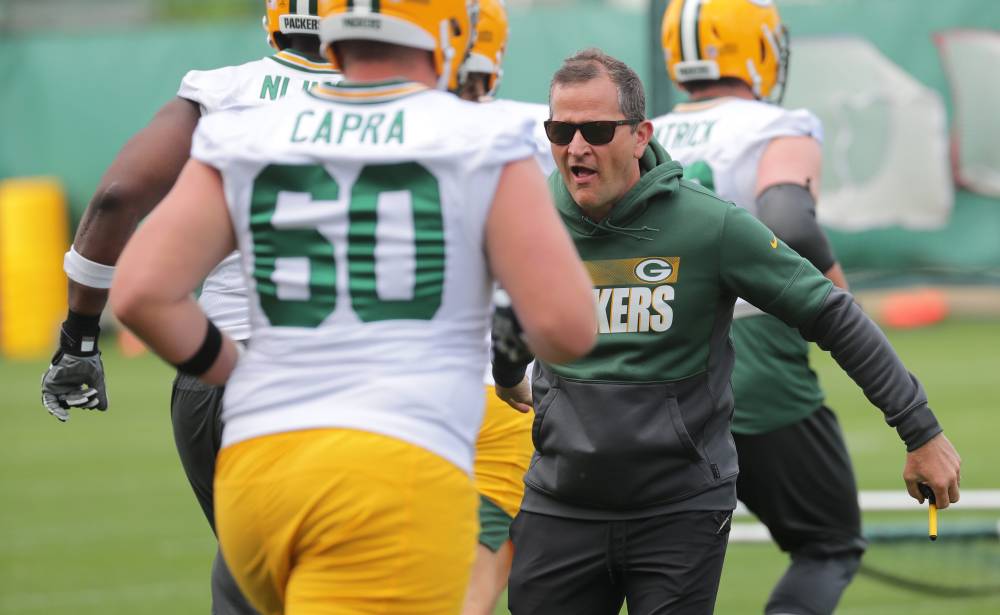