Roger Federer is back to winning ways at Roland Garros, breezing through his opening match 6-2, 6-4, 6-3 against qualifier, Denis Istomin.

Federer, making his nineteenth appearance at the French Open, hadn’t played a Grand Slam match in 487 days, but he showed little signs of rust as he progressed in 1 hour and 33 minutes without facing a single breakpoint.

The Swiss will next play Marin Cilic, who defeated French wildcard Arthur Rinderknech in straight sets. 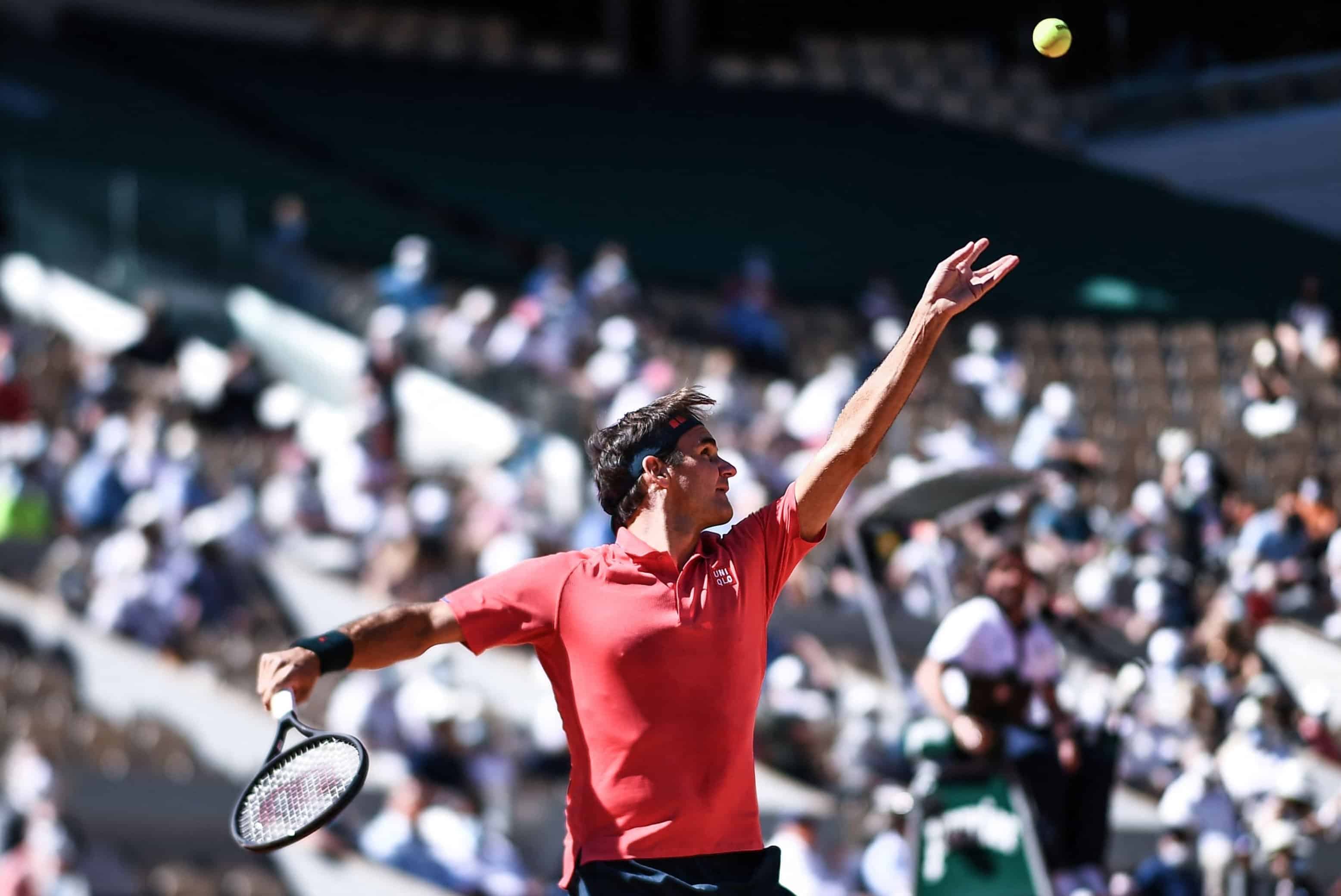 Istomin won the toss and elected to serve. The Uzbek started with a double fault and a second quickly followed as Federer broke to fifteen, hitting a well-executed forehand drop shot to set up the breakpoint.

Federer consolidated the break and had more inroads in game three, as the spectacled Istomin appeared to be struggling with the sun and breezy conditions before he held for 1-2.

The 8th seed fired down a hold to fifteen for 3-1 and followed that with a love hold, exploiting Istomin’s court position with another well-timed drop shot to lead 4-2.

Game six saw Federer fashion his second break point of the set, again using the drop shot to good effect, and he converted it for a 5-2 lead.

The Swiss had so far cruised on serve but gave Istomin a small window at 15-30 before firing down back to back aces en route to taking the set 6-2.

Federer had landed 95% of first serves and hit fifteen winners to win his first set at a Grand Slam in well over a year in just 24 minutes.

Into set two and Federer’s change up with the short slice continued to cause Istomin problems as he slipped to 15-40, but he fired down a couple of big serves to make deuce. Another two breakpoints were erased as Istomin finally held for 1-0.

Federer then held to fifteen, using the forehand slice to outfox Istomin, who thought the drop shot was coming, only for Federer to hit it deeper as soon as Istomin began sprinting forward.

Like set one, a hold to fifteen consolidated the break for 3-1. Federer soon found himself up 4-2 and then sealed the set 6-4, facing no issues on serve as he won 85% and 90% of points behind his first and second serve, respectively.

Istomin was able to buck the trend in set three by holding onto his opening service game for the first time to lead 1-0.

After an exchange of holds, Federer reeled off three good points in game five thanks to some net forays. That created 0-40, and while Istomin saved two of the breakpoints, a  ripped cross-court forehand converted the third breakpoint for Roger to lead 3-2.

Federer fired down a love hold for 4-2 and held two more break points in game seven, but Istomin kept himself in touching distance.

A hold to thirty put Federer up 5-3, and with Istomin serving to stay in the match, Federer jumped all over a tame second serve to set up two match points. Istomin faltered, playing a badly executed drop shot to give Federer his 71st career win at Roland Garros.

Thoughts on the Match 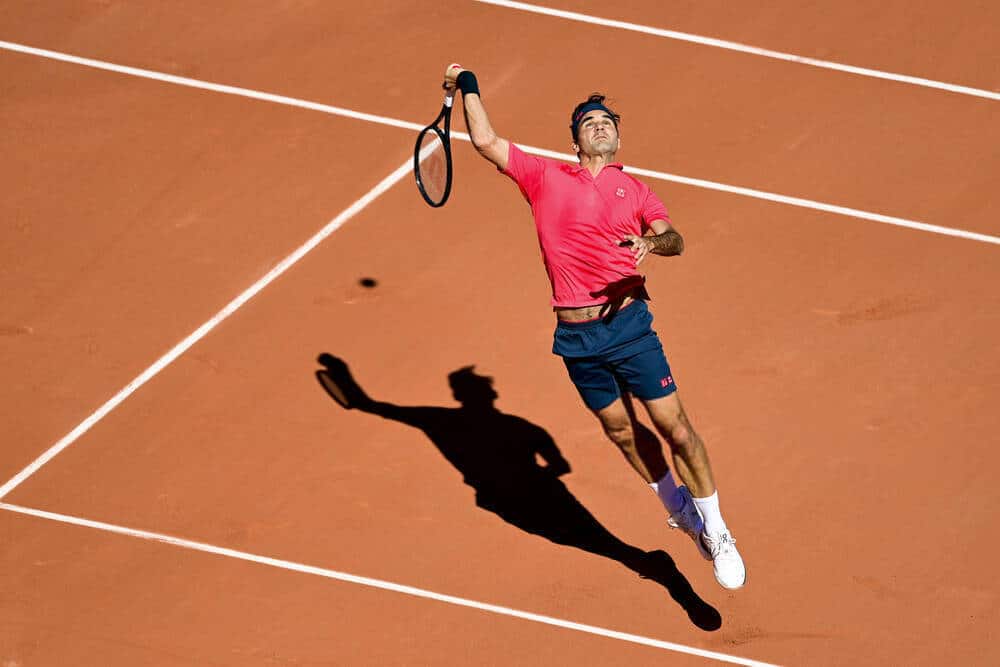 I just felt overall much clearer, much better. Clearly also maybe the type of opponent allowed me to have many different ways to win the point. I knew if I came to the net, that was an option. Hitting a drop shot was always an option. Taking the ball early was an option. I always had the chance, I feel, like going back, as well, if I had to, which I did in Geneva, which didn’t work out, which now in hindsight was a mistake I think. But I always struggle early on with my returning a little bit on clay. Funny enough, you would think it’s the easier surface to return. I don’t mind the grass court and hardcourt returns, as I’m blocking it more than hitting it.

Then just a different opponent, as well. What else? I think getting used to tournament and match rhythm again, the whole thing with the towels there, the shot clock there, everything that goes with it. I don’t know, I really felt like I didn’t find the rhythm. I think the biggest difference for me was in Geneva, now looking back, is that I feel like you play a lot of points very quickly. I think that’s what got me at the end. I rarely took the extra two, three, four, five seconds I usually take by getting the towel or waiting for the crowd, whatever the dynamics might be.

I felt today I really made a bigger effort of going more in swings and not going through it like in the practice, where you just go point for point, let’s play a maximum amount of points. I sometimes have to tell myself, take a little bit of time, walk to the towel, do something different. Federer comparing his performance today to the one in Genev

A very steady performance here from Roger, and he had the upper hand from the word go. The key was obviously the start, and with Istomin serving two double faults in the first game, that helped Fed get off to a trouble-free first set.

From there, he served great during that first set and looked comfortable throughout. Istomin has a decent serve and backhand, but Federer knew as soon as he got him moving around, he’d have the upper hand.

The drop shots, short slices, angles caused Istomin all sorts of problems as he chose to play deep behind the baseline. Once Federer knew he had plenty of options, he looked far more confident in his ability than in Geneva, and got the job done in routine fashion. 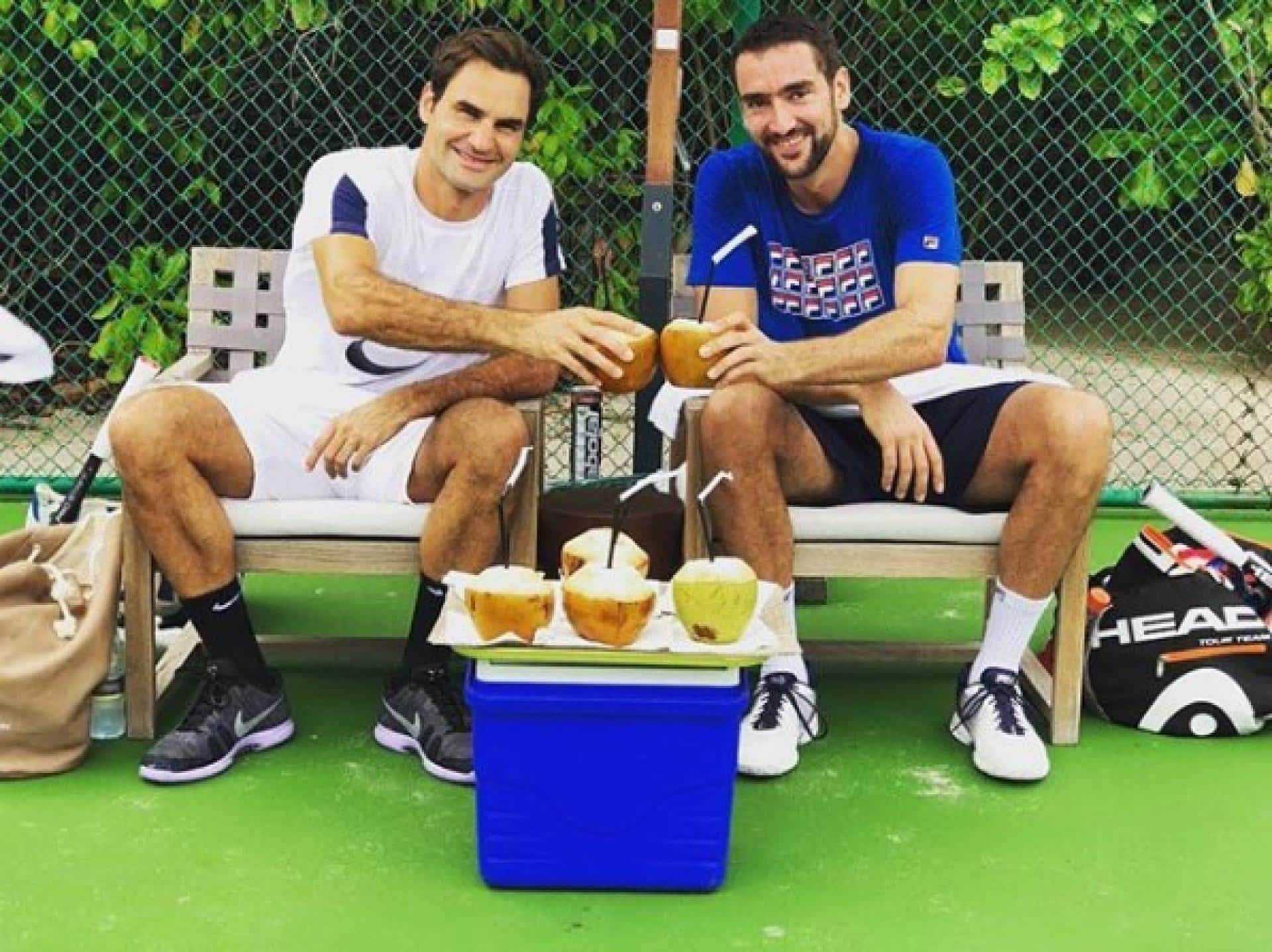 Next up is fellow veteran Marin Cilic, who came through in straight sets to defeat Arthur Rinderknech. The Croat was a break down in the opening set but clinched it in a close tie break to prevail 7-6(6), 6-1, 6-2.

Federer leads the H2H 9-1, with only one of their meetings taking place on clay, so it’s going to be an interesting match.

In terms of experience, ability and past achievements, Cilic is by far the best player Roger has faced since his comeback in Doha. But in terms of form, Evans, Balisashvili, and Andujar have played better tennis over the last few months.

Federer also holds the edge mentally, given he’s beaten Cilic in a couple of Grand Slam finals. Usually, he has too much variety for Marin, who gets into too many uncomfortable spots on the court.

But I think it’s a wide-open match with both capable of victory. The balls will suit Cilic’s flatter game, and it does seem to be quite a firm surface, so he should be able to tee-off if he’s allowed to set his feet. Federer will need to play similarly to today, using his short slice, drop shots to get on the front foot.

What did you guys think of his win vs Istomin? Predictions vs Cilic? Let me know in the comments.