Popular
The best job in the world: Dietitian for...
Stimulus Check Live Updates: Latest on reductions in...
Does skipping breakfast increase the risk of an...
Fed Poly Bauchi sacks 2 lecturers for alleged...
How private basketball prep schools in Colorado are...
Beet Hummus
Low Covid-19 Vaccine Uptake Worries Kisumu, Homa Bay...
13 Fanboy (Movie Review)
What to Read When You Want to Learn...
An open letter to Sally Rooney
Home Activities Thighs Out, Boys: Short Shorts for Men Are Back This Summer
Activities

Thighs Out, Boys: Short Shorts for Men Are Back This Summer

Respectfully: I want to Looney Tunes eyeball-unravel Jim Kelly’s micro shorts from Enter the Dragon this summer. Now that we’re all vaccinated and hanging with the jabronis, I want to see short-seamed mens’ athletic shorts everywhere—not just during men’s boxing, basketball, skateparks, and other sausage magnet locales. I want to see them staked out on NYC’s traffic cone bar terraces, or leaving a Sephora. I want them burned into my brain, and the viral #5InchSeam hashtag on TikTok agrees with me:

Now that you’ve caught your breath, you’re likely wondering: Which men’s shorts are we talking about, exactly, and… how short? I’m so glad you asked. All shorts! And all of them, growing shorter. The resurgence is coming from all directions, stemming from sports but also dominating the runway (see: the “casual extravagance” of Tom Ford’s short shorts). As VICE’s Casey Johnston recently reported, “Men’s Health editor Brett Williams [recently] wrote about the burgeoning trend among athletes and celebrities to amply display one’s gams, whether they were snapping a pic for social media (The Rock and Julian Smith) or casually going about their day, like Milo Ventimilgia, who caused a stir with his tucked-up shorts.” As Johnston watched March Madness, she says she “took ample notice of thought leader and Texas Southern guard Michael Weathers tucking his already scant shorts up into, seemingly, the legs of his boxers as he played, potentially so they wouldn’t encumber his movement […] Dare I say we are going diaper mode for summer?” Bring it.

Don’t drown those ham hocks under 12 inches of viscose, baby. Draw up the polyblend curtain, and put those McNuggets on parade:

The energy is aerobic John Travolta in Perfect (1985), tossing his bosna around in micro-short sweats, while Jamie Lee Curtis’ eyes schloop out of her head. It’s young Sean Connery on a sailboat. The list goes on, in this *muah* KQED article on the men’s short shorts. It was published in 2018, begging for a public resurgence (and it’s here, baby).

So now that men’s short shorts have gone more mainstream, who is buying? According to my own stupid Instagram poll (of some 100 responses), people of all genders were for short-shorts on dudes, with 86 percent of participants smashing “pro,” and just 14 percent pleading “no.” The latter cited mostly diaper butt/adult baby energy and cringe styling as the deterrent. Which I kind of get. But also, GEDDOUTTAHERE! This is not the NY Post (who recently called the shorts “dangerous”) and it’s weird pseudo-body shaming, and we’re absolutely not here for that, ever, especially not now that we’ve got that one-pump J&J coursing through our veins, ready to return to The Bar. Give us the short shorts!

None of this [licks monocle] may come as much of a surprise to you. The micro-shorts renaissance is not an isolated 1970s trend resurgence; Lately, groovy mustard yellow sheets have been giving the minimalist, 2016 millennial pink aesthetic some big competition, with color and trend forecasting experts citing the more community-centric connotations of the shade, and the era, as reason for its renewed popularity. The 1970s was a time of huge sociopolitical and cultural upheaval, from gay rights to second-wave feminism, as well as the peak of the Black power movement. If the 1960s was the dawn of the mini skirt, then the 1970s and 80s saw the rise of The Pill, women’s sports (plus, the rise of televised games), and micro-shorts for all. They reached their polyester zenith in the 1980s as hunnies of all creeds were rolling skating, bodybuilding, and letting their body hair grow with a new, groovy sense of purpose. So, yeah. Can’t wait to see a paparazzo pic of Harry Styles wearing some micro-shorts in SoHo come July.

If and when you decide to cross over to the Magnum, P.I. side of summer 2021, we welcome you. Take your time. Browse deadstock surfer and skate brands at your local thrift shop, and keep your heart open to the endless possibilities that men’s short shorts can offer not only at the beach, but in the garden, the drive-in theater, the morgue, the chill park date hang—we could go on. The list, unlike the seam, is infinite. 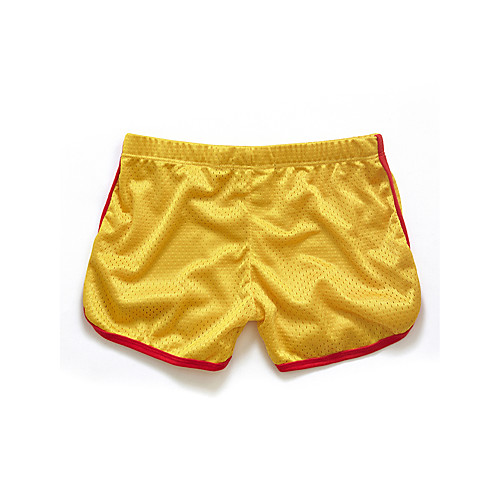 The Rec Room staff independently selected all of the stuff featured in this story. VICE may receive a small commission if you buy through the links on our site.

Why Californias 2021 recall isnt the same as the 2003 version

Bama wins, but miscues need to get corrected

Dabo: Offense under evaluation for 4-3 Clemson

OUs Williams delivers gotta have it play in...